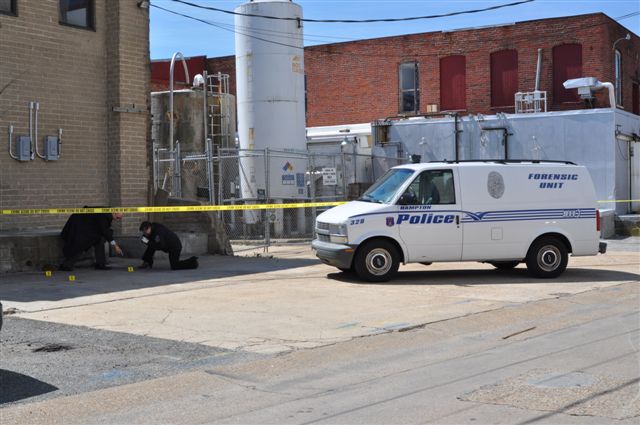 Each member of the Investigative Services Branch is charged with ensuring that each and every case that is assigned is thoroughly and professionally investigated without bias or prejudice. The search for the truth is the underpinning of cases that members of Investigative Services are tasked with investigating; this done with the utmost consideration for the needs of the victim.

Property crime is a category of crime in which the person who commits the crime seeks to do damage to or derive an unlawful benefit or interest from another's property without using force or threat of force. Property crimes are often high-volume crimes. Some of the crimes the Hampton Police Property Crimes Unit investigates are burglary, auto theft, and white collar crimes.

Crimes Against Persons Unit (CAP) investigate any crime in which a person is the intended victim. These crimes generally felonious and include some element of violence towards the victim. There are some examples of the crimes that CAP typically investigates: Murder, Robbery, Rape, Maiming, and Domestic Violence.

The investigation of illegal drugs and vice related activities in the City of Hampton is the responsibility of the Hampton Police Division's Special Investigations Unit (SIU). The Special Operations squad is comprised of 10 Investigators. Working with the Community, and other Law Enforcement Agencies, as well as other members of the Hampton Police Division, this squad provides pro-active law enforcement focusing on vice and narcotic offenses. SIU utilizes Community input and involvement as well as other agencies and officers' information to assess problem areas, within the City of Hampton. The objective for SIU is to work together to evaluate and implement operational plans to target illegal drug and vice trouble spots, in the City of Hampton. Some SIU investigations require surveillance, federal task force operations and undercover operations. This work includes a great deal of research, and patience, due to the intensity, seriousness and clandestine nature of the offenses.

The Street Crimes Unit is designed to reclaim areas of the City of Hampton where cycles of violent crimes, narcotic distribution and quality of life crimes are flourishing; utilizing pro-active law enforcement, with the assistance of the Crime Analysis Unit identifying hot spots within the City of Hampton.

The Gang Intelligence Unit is tasked with investigating, and the enforcement, of crimes involving street gangs: such as, gang participation and recruitment, hazing, witness intimidation, maiming and vandalism. The Unit also assists the Crimes Against Persons Unit and Property Crimes Unit with investigations involving gang members and gang violence. The Unit maintains an ongoing gang database, which serves as an intelligence resource for sworn Police personnel. The Gang Intelligence Unit also makes educational presentations to civic groups, neighborhoods and other agencies, within the City of Hampton. The Hampton Police Division is partnered with U.S. Federal Bureau of Investigation (FBI) Peninsula Safe Streets Task Force. This Task Force consists of Federal, State, and local Law Enforcement Agencies. The Task Force Investigates Violent Street Gangs for violations of racketeering, drug conspiracy, and firearms violations to obtain prosecutions through the U.S. Federal Court System.

The Hampton Crime and Grime Initiative is an aggressive campaign against blighted and repetitive drug properties. It was established to send the message that Hampton has a "No Tolerance" attitude when it comes to Crime and Grime. The Divisions' SIU works to investigate all complaints with an eye toward maintaining healthy neighborhoods within the City of Hampton.