RV tax goes into effect with bills due in June 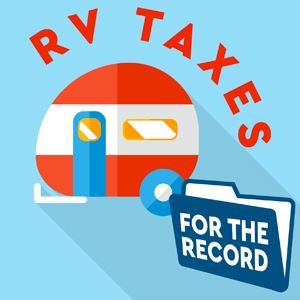 Hampton joined the rest of the region in imposing a tax on recreational vehicles, and the first bills will be due in June. Eighty-six percent of Hampton residents who participated in the budget input supported an RV tax. Not surprisingly, owners of RVs were opposed. The tax — at $1.50 per $100 of value — would begin with tax bills due in June 2018.

For the record, here's what the annual median tax bill would be:

The city previously added a registration fee for boat owners. It ranges from $20 to $150 per year, plus additional fees and taxes for those who transport their boat on a trailer.

Q: What are the rates in other localities?

A: It's the prevailing rate in the region. When the city asked for residents' input, 14 percent said no RV tax, 29 percent supported $1 per hundred as a rate, and 57 percent wanted it at $1.50 or more.

Q: What is the tax rate for a boat trailer?

A: Boat trailers are taxed at the personal property, or car tax, rate of $4.50 per hundred dollars of value.

Q: I keep hearing of some people who would pay a lot more.

A: A few people who own expensive motor homes would. The Commissioner of the Revenue's office estimates that:

Q: How is value determined?

A: The Commissioner of the Revenue uses recognized pricing guides or a percentage of cost to determine the assessments.

Q: What if I think the value is wrong?

A: You can appeal. Appeals must be submitted to the Commissioner of the Revenue within one year from the last day of the tax year for which the assessment is made or within one year from the date of such assessment, whichever is later. Applications should include your name, what you think should be done, why you think the assessment is wrong and any information that supports your contention. You can read more information.

Q: Do other localities treat/tax boats and RVs the same?

A: Williamsburg, Newport News and Suffolk treat them similarly, with rates ranging from $1 to $3.50 per $100 value. Norfolk, Poquoson, Chesapeake and James City County have lower rates for boats than RVs. Poquoson, Virginia Beach and York County effectively have no boat tax but tax RVs.

Q: What is the reason for the lower boat tax?

A: In Hampton's case, a 2009 study performed by William & Mary's Virginia Institute of Marine Science shows that Hampton gets significant revenue from boaters in other ways, with non-resident boaters spending $26 million in 2007 and generating 475 jobs. Resident and non-resident boaters added $55 million to the city's economy, for 698 jobs. That number grew steadily during the time there was no boat tax.

In contrast, the Commissioner of the Revenue said it was difficult to estimate the economic impact of RVs, but business license revenue is only about $1,500. The assumption is that local residents who own RVs take them out of the area, taking their economic impact and spending elsewhere. Resident and non-resident boaters frequently do much of their spending in Hampton — such as spending $7 million in fuel alone in 2007. RV owners who spend the summer in an RV park, such as the one at Fort Monroe, are not subject to the tax, unless they live in Hampton for more than half of the year.