Why are there so many people panhandling? 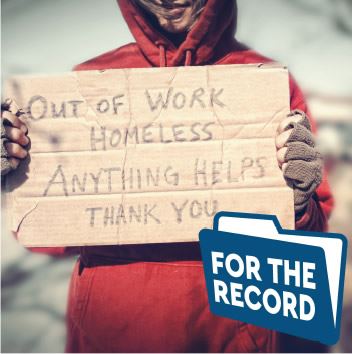 Asking for handouts is the way some people make a living. Human Services estimates that fewer than a quarter of panhandlers in the city are actually homeless. What can the city do about panhandling? For the record, very little. Courts have ruled that asking for money is free speech, a basic constitutional right. The city is putting up signs in areas frequented by panhandlers to make sure they know how to get services if they are truly homeless. What can you do about panhandling? Don't reward the behavior by giving money. It's natural to want to help the homeless, so give your money to organizations that will use it to help those truly in need. Hampton is part of a regional consortium that has helped reduce homelessness by 35 percent since 2011. Hampton's Human Services has a team of people who look for homeless people, evaluate need and offer services. They also hand out "comfort kits," which contain necessities.

A: Hampton City Council members reluctantly voted to repeal the city's ordinance restricting panhandling because of court rulings and expensive judgments some localities have been ordered to pay.

A: Panhanding is considered First Amendment free speech activity. Streets, sidewalks and medians are traditional public forums. A 2015 Supreme Court case called Reed v. Gilbert established that governments can not regulate the content of speech. Other cases since then have struck down ordinances all over the country that attempted to regulate panhandling.

Q: Is it safe to allow people in the medians?

A: Even ordinances that prohibited panhandling after dark or in medians have been declared unconstitutional. The city had an ordinance prohibiting solicitation in the right-of-way, but repealed it in 2016 based on court rulings.

Q: What if the person is very aggressive or threatening?

A: Hampton had an ordinance prohibiting aggressive panhandling, but repealed it in early 2017. Courts had ruled that was still a regulation of speech because it affected only panhandlers. However, aggressive behavior in general could still be violations of other state and/or city ordinances — impeding traffic, blocking passage, disorderly conduct and assault. In short, if you feel threatened, call 911.

Q: What about people who approach for donations on private property?

A: Private property owners have more leeway to restrict what happens on their property than the government does. Some owners have signed authorizations allowing police to enforce trespassing violations. That allows officers to ban people from those properties for engaging in panhandling on the property owners' behalf. Talk to a store official or ask for a property manager if you are having a problem with panhandlers on private property.

A: For three reasons:

Q: What non-profit organizations work with the homeless in Hampton?

A: Giving your cash donations to agencies that work with the homeless or hungry will ensure your contributions are used for the purpose you intend. These are some agencies you could consider that are located in Hampton and work with homeless people:

Q: What if someone is truly homeless?

A: Call the Housing Crisis Hotline number – 757-587-4202 – to report people who appear to be homeless or to seek services yourself.